You may be exposed by breathing, eating, or drinking
the substance, or by skin contact.

A Toxicological Profile for Hydrogen Fluoride, and Fluorine,
Draft for Public Comment was released in September 2001.
This edition supersedes any previously released draft or final profile.

“However, the fluoride accumulates primarily
in the bones or shell rather than in edible meat.” ↓

This public health statement tells you about fluorides, hydrogen fluoride,

and fluorine and the effects of exposure presented in the toxicological

profile. These profiles were specifically prepared by ATSDR for

hazardous substances which are most commonly found at

(Superfund sites) and are intended to

describe the effects of exposure

from chemicals at these sites.

The Environmental Protection Agency (EPA) identifies
the most serious hazardous waste sites in the nation.

These sites make up the National Priorities List (NPL) and are the sites targeted for long-term federal clean-up activities. Fluorides, hydrogen fluoride, and fluorine have been found in at least 188 of the 1,636 current or former NPL sites. However, the total number of NPL sites evaluated for these substances is not known. As more sites are evaluated, the sites at which fluorides, hydrogen fluoride, and fluorine is found may increase. This information is important because exposure to these substances may harm you and because these sites may be sources of exposure.

When a substance is released from a large area, such as an industrial plant, or from a container, such as a drum or bottle, it enters the environment. This release does not always lead to exposure. You are exposed to a substance only when you come in contact with it. You may be exposed by breathing, eating, or drinking the substance, or by skin contact.

If you are exposed to fluorides, hydrogen fluoride, and fluorine, many factors determine whether you’ll be harmed. These factors include the dose (how much), the duration (how long), and how you come in contact with it/them. [♦]

You must also consider the other chemicals you’re exposed to and your age, sex, diet, family traits,

lifestyle, and state of health.

former editor-in-chief of the New England Medical Journal,
and professor of medicine at Harvard University. 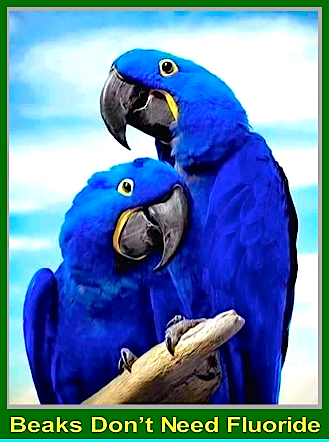