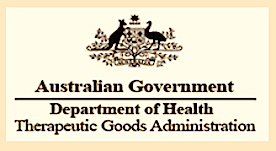 [Brave Comments from THE-authority on how to
poison the population and make it a convincing,
and a legal requirement for others to execute.]

The Therapeutic Goods Administration (TGA*) has clarified that state and territory governments will continue to be responsible for regulating fluoride in reticulated drinking water (‘tap water’) **.

Legislative amendments made on 11 July 2019 put an end to any uncertainties about regulatory responsibility by explicitly excluding fluoridated drinking water from the scope of Australia’s therapeutic goods legislation. ***

In Australia, the Therapeutic Goods Act 1989 sets out the legal requirements for supplying therapeutic goods, such as medicines and medical devices. Following an amendment to the Therapeutic Goods (Excluded Goods) Determination 2018, fluoridated water is now an ‘excluded good’ for the purposes of The Act. The exclusion applies for any reticulated drinking water that contains fluoride, regardless of the original source of the fluoride. ****

Adjusting the level of fluoride in drinking water is a safe and effective way of preventing tooth decay in the community. In Australia, state and territory water authorities adjust the amount of fluoride in community water supplies using strict controls, which are set out by regulations in each jurisdiction. The National Health and Medical Research Council (NHMRC) has also stated ‘there is no reliable evidence of an association between community water fluoridation at current Australian levels and any health problems.’ Thus there is little risk that fluoridated reticulated drinking water would cause harm to the public if it were not regulated by the TGA.

State and Territory Governments established regulations for drinking water fluoridation as early as 1957, all before the Therapeutic Goods Act 1989 came into force. State and Territory regulations are appropriate, so there is no need to apply a national system of control. There is no indication in the Therapeutic Goods Act 1989 that it was intended to apply to fluoridated drinking water. By specifically excluding fluoridated drinking water from the scope of The Act, ambiguity has been removed. [ We are impressed! ]

For more information about fluoridation of drinking water in your area, contact your State or Territory Health Department.

*  The TGA is funded by drug companies. – They call the tune…

**  No government body wants the responsibleity for fluoridation.

***  Ending fluoridation will be the only end that we can accept.

****  It is not legal to deliberately contaminate drinking water with poison –…

BY EXCLUDING FLUORIDATION YOU DO NOT HAVE TO REGULATE IT

It is currently added to much of Australia’s water supply.
We conclude that the TGA and the NHMRC
do not want the legal responsibility of
fluoridation which is medicine, and
have ‘farmed’ out this problem to
the States and Local Councils.

Ten eighty, – Ten eighty one, – Novichok and Sarin are all fluoride based!

[A large file may be slow to load.]

It lists fluorides under:
SCHEDULE 5

Fluorides are accumulative poisons – No documents, professors,
judges, can change physics, on this planet or any other – ever.
The above statement “there is little risk that fluoridated
reticulated drinking water would cause harm to
the public” is a sop to history, a hoax
and insult to true science. 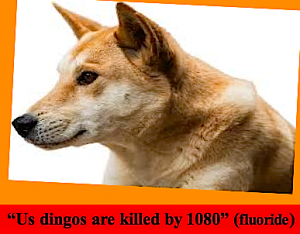 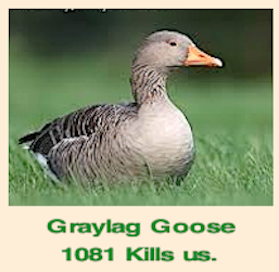