FLUOROSIS OF SHEEP IN QUEENSLAND – J.M.Harvey +

You are here: Home1 / Research2 / FLUOROSIS OF SHEEP IN QUEENSLAND – J.M.Harvey +

The lethal dose of NaF (an industrial fluoride) is 50 times smaller than
that of CaF2 (the naturally-occurring fluoride) – Dr. Hardy Limeback,
Biochemist and Professor of Dentistry, University of Toronto,
a former consultant to the Canadian Dental Association. 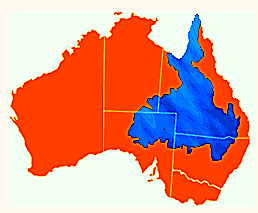 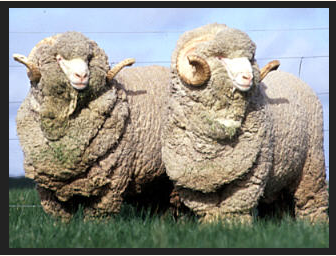 With assistance from The University of Queensland

We apologise that there is other information in these booklets.

We suggest you read the document ‘EXEGESIS’ below, or better still

have a hard copy on hand while reading the three small books above.

The text, charts, photos and X ray presentations
in these research papers is all that is necessary to
condemn water fluoridation with no reservations! 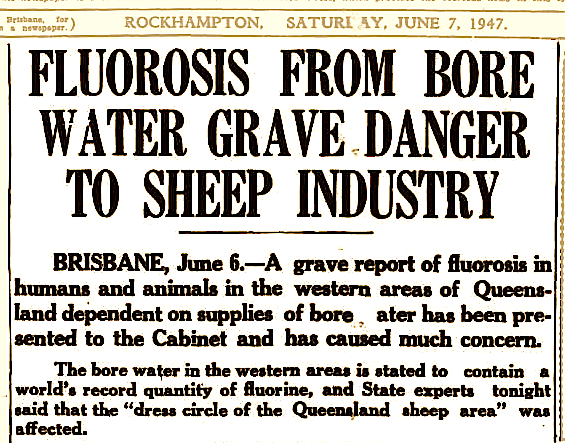 A Unique Phenomenon Within The Australian Wool Industry

In the 1940s and 1950s, Queensland’s agricultural bureaucracy

instigated and supervised an investigation that was without precedent in

Australia in its rationale, geographical diversity, and commitment of

resources. Artesian fluoride had the potential to affect work practices,

As a result, the United Graziers’ Association, the Queensland Cabinet,

all viewed exposure of herds to fluoride as a serious and urgent issue.

The Department of Agriculture and Stock [now Primary Industries]

rapidly determined that there was no cure, but were able to manage

and the application of research findings to animal husbandry…

The Fluoridation of Public Water Supplies Act (1963)
Why Not? – Timing, Circumstance,
A Review Of A Review
by Dr Harry Akers ↓ 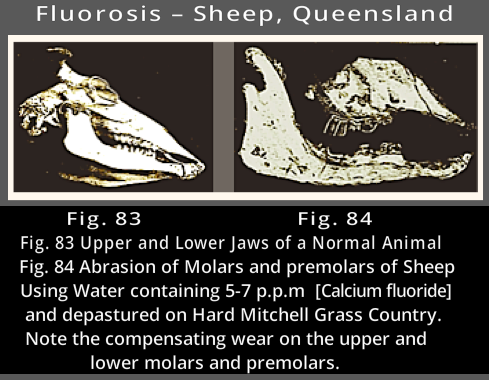 The three documents above A, B, and C,

reveal the nature of fluoride and some of its

impacts on living tissue, both animal and human.

This research has been out of print for many years and was funded by The Queensland Government.
It was undertaken without interference from multinational companies, and before artificial water fluoridation was under consideration. As can been seen on the charts, pages 11–16, in the first report, like India, China, Pakistan and much of the middle east, most of the artesian water in Queensland is not suitable for domestic use as it is high in fluorides. Although some of this water is very high in F, sheep do not live as long as humans, who will received a lesser dose under artificial water fluoridation but accumulating for 50 + years. Sheep also manufacture Vitamin C, unlike humans, which gives them some protection. The naturally-occurring fluoride CaF2 is far less toxic than the industrial wastes used to artificially fluoridate drinking water. 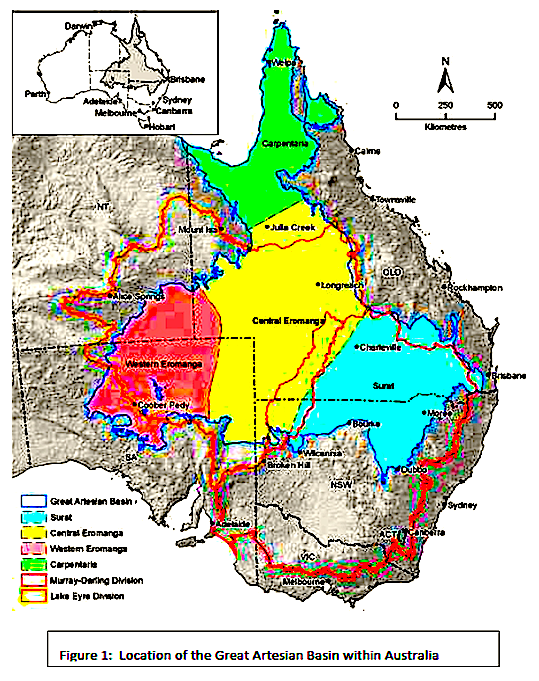 Highlights relative extracts to humans are presented below:

THE QUEENSLAND JOURNAL OF AGRICULTURAL SCIENCE

The page numbers below are as per PDF listings

Fluoride levels in Bores Throughout Queensland:

… The possibility of fluorine excretion in milk of cows depastured in endemic areas of Queensland and confined to artesian water containing 7 p.p.m. F. was examined. The level of fluorine in the milk did not exceed 0.25 p.p.m …

(1)   Ewes on water containing up to 10 p.p.m. F. and irrespective of the quality of pasture or ration, do not excrete an increased amount of fluorine in the milk…

Breast milk in humans is also low in F. even if mother is on a high F. diet.

Nature protects its young from F. especially at the beginning of life

when the blood brain barrier is not yet well formed. ~

It has been reported that an insufficient supply or an imbalance of other inorganic constituents of the feed has been observed to influence the toxicity of ingested fluorine, while the addition of extra calcium phosphate to the ration has been reported to reduce the toxicity of calcium fluoride for sheep (Velu, 1933).  Peirce  (1939 stated that the toxic effect of fluorine is seemingly enhanced in poorly nourished sheep…

(1) There is some accumulation of fluorine in the kidney and thyroid.

Same as humans, F. is antagonistic to iodine. (India and China) ~

(1)   All groups show a considerable fluorine concentration in bones and teeth as compared with that found in the normal control sheep.

These experimental findings support field experience, which suggests that the teeth lesions plus the accompanying pain prevent the sheep from collecting and mastication the feed. Thus the nutritional level is reduced and in its turn the yield of wool. Further field evidence lies in the fact that actual wool defects were not recorded in sheep in Queensland prior to 1941, when White, Moule, and Seddon looked for and found the dental lesions of fluorosis…

Upper and Lower Jaws of a Normal Animal

Note the compensating wear on the upper and lower molars and premolars.

Three Examples of the Effect of Fluorine Intake Through

The Drinking Water on the Incisor Teeth of Sheep in Endemic Areas.

Left,          Teeth from and animal following irregular intake of unsuitable water during its first year of life.

Centre,     Teeth from a 6-tooth sheep on unsuitable water from an early age.

Right,    Teeth from a sheep subjected to intermittent intake from unsuitable water during its growing period.

(6)      Teeth – Apart from the usual lesions associated with fluorosis, there are indications the fluorine in the drinking water delays the eruption of the incisors and produces badly deformed mouths. The elongation of the incisors and some abnormalities may be partly due to the type of feeding and mineral imbalance. There were, however, cases of delayed eruption and deformed mouths in groups 6 and 7, where the animals were on a balanced diet.

Same as us humans

In their paper entitled “The failure of fluoridation in the United Kingdom”, when discussing the final report of that U.K. Health Department study, Professor A. Schatz and Dr J.J. Martin stated in 1972:

“It is thus clear that fluoridation does not prevent or reduce tooth decay. Instead, it merely postpones the appearance of caries by about 1.2 years. Fluoridated children develop the same amount of tooth decay as their non-fluoridated counterparts. The only difference is that caries starts developing approximately 1.2 years later in the fluoridated group.”

This delay, at least partly, could be due to the teeth of children in fluoridated areas erupting (breaking through the gums) at a slightly older age, and therefore being exposed to decay-producing factors for a shorter period… (as in Sheep) ~

(7)  Bones – The findings shown in the X-rays are not in keeping with those reported by other workers. All experimental groups showed rarification rather than thickening of the bones. This is particularly noticeable in the mandible, where the irregularities on the ventral border, formerly thought to be exostoses, have been shown to be due to a reduction in thickness of compact substance and the roots of the molars (and in some cases the premolars…

4.  Pregnant ewes drinking water containing up to 10 p.p.m. F. do not transmit appreciable quantities of fluorine either to the foetus or to the lamb through the milk after birth. However, although this procedure is safe with regard to the lamb, field evidence does suggest lower lambing figures in such ewes. In addition, water containing 10 p.p.m. is certainly harmful to young breeding ewes.

Breast milk in humans is also low in F. even if mother is on a high F. diet.  Nature protects its young from F. especially at the beginning of life when the blood brain barrier is not yet well formed.

Recent research suggests that the male of the species may not be so productive in F. environments.

Many people named and not named in the above research papers

deserve due acknowledgement, and so do the sheep

who gave their lives to this research.

Vitamin C or L-ascorbate is an essential nutrient for a large number of higher primate species, a small number of other mammalian species (notably guinea pigs and bats), a few species of birds, and some fish. ( Testing F. and drugs using rats and mice will yield erroneous results as these animals will manufacture more vitamin C to detoxify…

THE BONE FLUORIDE OF EWES AND LAMBS IN N.S.W.

Three groups each of 16 mature sheep were allowed to graze on sown pasture for 26 months.
One group was given reservoir water, containing approximately 0.3 p.p.m. F, to drink, but the other two groups were offered similar …

Five groups, each of six sheep, were fed in pens on an adequate diet of chaffed hay and crushed grain for 3

Studies on fluorosis of sheep. III. The toxicity of water-borne fluoride for the grazing sheep throughout its life

Three experimental groups of lambs were given water containing the same three different levels of fluorine, added as sodium fluoride, that their mothers had received during pregnancy and lactation. Group A (control), … 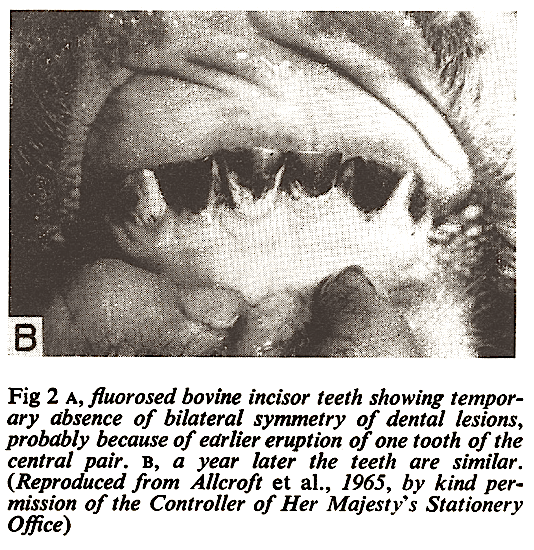 More info on F. and sheep from overseas,

NITRIC OXIDE OXIDATION PRODUCTS AND THE ACTIVITIES OF CATALASE AND

CARBONIC ANHYDRASE IN SHEEP WITH FLUOROSIS 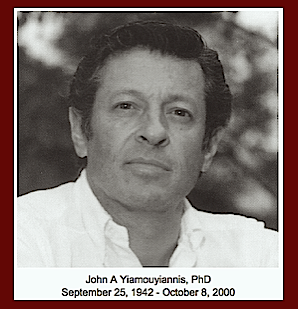 Most animals manufacture Vitamin C, in their livers,
which gives them some protection from fluoride damage.

BUT HUMAN LIVERS DO NOT HAVE THIS FUNCTION.

On poor diets humans will therefore
suffer more damage than most animals
even on lower doses.

Is NOT Used To Artificially Fluoridate Water.

The chemicals mostly used to fluoridate drinking water are

waste products derived from the manufacture of phosphate fertilizer.

Fluorine is the most reactive, electronegative element and it’s never

found in nature as fluorine. There are many kinds of fluorides.

Calcium fluoride can be found naturally in water,

it is almost insoluble and can not be easily

absorbed by the body and therefor is not

as harmful as Fluorosilicic acid used to

Fluoride is toxic and corrosive.

It rates ‘four’ on a one to five scale.

While the uranium and radium in

two other products of Uranium

even more carcinogenic are:

These are also present in Fluorosilicic Acid.

Editor’s comment:
It looks like the animal sheep
get a better deal than the human sheep.
It may be better to get health advice from a vet,
rather than a doctor on the matter of fluoridation! 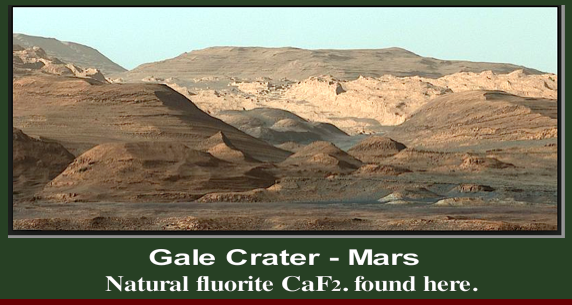 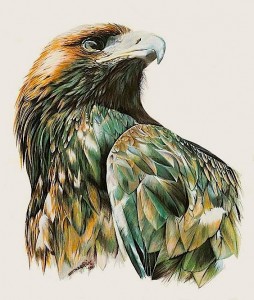