Brushing with Fluoride Can Give You a Radiant Smile:

You are here: Home1 / Brushing with Fluoride Can Give You a Radiant Smile:

Less-reported were a series of parallel scientific
studies warning that fluoridation would increase the
absorption of this deadly radioactive isotope.

~ Brushing with Fluoride Can Give You a Radiant Smile ~

In 1958, Barry Commoner and others showed that the teeth of every baby in the US had some level of ‘Strontium 90’ accumulation as a result of fall-out from nuclear testing in the 1940s and 50s.

Less-reported were a series of parallel scientific studies warning that fluoridation would increase the absorption of this deadly radioactive isotope.

Strontium replaces calcium in bone marrow and damages blood-producing cells.
Exposure to fluorides greatly enhances the absorption of radioactive elements, including Strontium 90.
This link was first established by Atomic Energy Commission studies in 1959.

In a 1958 article published in the Dental Digest, James G. Kerwin, Director of the Central Division of the Passaic Department of Health in New Jersey, also warned of the link between fluoride and strontium. “Because of the affinity of strontium and fluoride to form highly insoluble Sr90F2, Kerwin wrote, the consumption of water that has been artificially fluoridated may increase the danger of Strontium 90 to man and animals.”

Moreover, Kerwin wrote, if  “fluoride has been consumed from artificial fluoridated drinking water the rate at which Strontium-90 is excreted or thrown off will be even slower than ordinarily occurs.”
As a result, the body will thus be exposed to that much more internal radiation.”

“It is known that fluorides are powerful inhibitors of enzyme action, Kerwin noted. 
The wide variety of enzymes known to be poisoned by fluoride accounts for the different manifestations of fluorosis; that is fluoride poisoning.

“Thus a combination of radioactive strontium and fluoride, forming Sr90F2, could do great harm.

If the entire population of the United States received small doses of additional radiation from Strontium-90 which was combined with fluoride in the body, and thus was prevented from being excreted, it is likely that several thousands among the generation of ten million children may be definitely handicapped because of gene mutation due to internal radiation.”

It would seem that it was easier to stop nuclear
testing in USA than to stop water fluoridation! 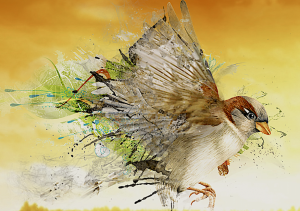