You are here: Home1 / Research2 / FLUORIDATION AND STRONTIUM 90

“Because of the affinity of strontium and fluoride to form highly
insoluble Sr90F2, the consumption of water that has been artificially
fluoridated may increase the danger of Strontium 90 to man and animals.” 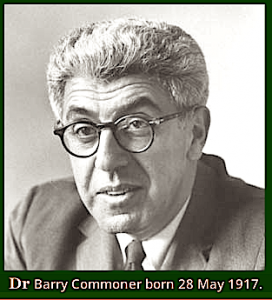 An article published in a 1958 Dental Digest by Dr. James G Kerwin, Director of the Central Division of the Passaic Department of Health in New Jersey, sheds more light on the issue of strontium and fluoride interactions:

“Because of the affinity of strontium and fluoride to form highly insoluble Sr90F2, the consumption of water that has been artificially fluoridated may increase the danger of Strontium 90 to man and animals.”

“It is known that fluorides are powerful inhibitors of enzyme action, and that many types of enzymes are affected, including some that are essential for cellular oxidation…The wide variety of enzymes known to be poisoned by fluoride accounts for the different manifestations of fluorosis; that is, the different symptoms associated with fluoride poisoning. “ 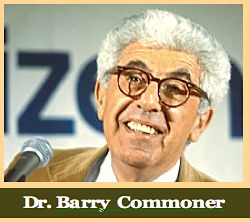 [♦]  Barry Commoner was an American biologist, college professor,
and politician. He was a leading ecologist and among the
founders of the modern environmental movement.
One of Barry Commoner’s lasting legacies is his
four laws of ecology, as written in

❝ …Radioactive elements are structurally similar to their non-radioactive counterparts, differing in the number of neutrons the atoms contain. This is why nutrition is important in preventing or blocking damage from exposure to radioactive elements.

Recommended by us. ↓ This book is a serious read…
‘Minerals for the Genetic Code by Charles Walters’

“…If the cells are able to obtain all nutrients they need from your diet,
they will be less likely to absorb radioactive substitutes, which
are then more likely to be discarded from the body… ❞

It was easier to stop the nuclear tests in the
USA than to stop water fluoridation!

107,394 Nuclear Workers  Were Diagnosed With Cancer

→  The Secret History of the Atomic Bomb  ← 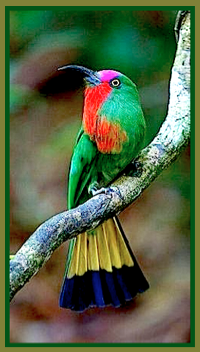