Mercury is toxic to ALL living organisms

You are here: Home1 / Mercury is toxic to ALL living organisms

It is patently obvious that mercury in all its forms is toxic
to all living organisms from microalgae to humans.
If  it alters gene expression in microalgae,
why would it not affect the DNA of humans?
Are you still sure you want to take your
child for that flu shot this year? 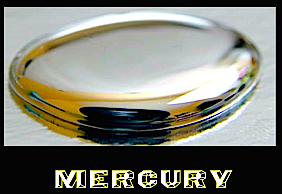 (Natural News) Pregnant women, those who are trying to get pregnant, breastfeeding mothers, and young children, are all routinely cautioned against consuming fish like king mackerel, bigeye tuna, marlin, orange roughy, shark, swordfish and tilefish from the Gulf of Mexico, which are known to contain high levels of mercury. Studies have found that even small amounts of this neurotoxin are enough to “cause restricted brain development or other health problems for humans who eat them.” This damage is both severe and irreversible.

While several studies have been conducted to examine the toxicity of mercury in fish higher up the food chain, a recent study by the University of Geneva (UNIGE), published in the journal Scientific Reports, has more closely examined the effect of this heavy metal on the lower levels of the food chain, at the microalga level.

A UNIGE research team led by Professor Vera Slaveykova, vice-president of the School of Earth and environmental sciences at the university’s Faculty of Sciences, examined several samples of green Chlamydomonas reinhardtii microalga. These microalgae were selected because theirs are among the few genomes which have been fully sequenced at that level of the food chain. This information made it possible to compare how the gene expression of the microalgae changed when exposed to varying concentrations of mercury.

Science Daily explains the research team’s findings after analyzing the RNA molecules that control gene expression in these microalgae:

[M]ercury disrupted the metabolism of algae, with numerous genes being deregulated, regardless of whether the concentrations were comparable with those set by European environmental standards, lower or higher than those usually found in the environment.

An alga that seems healthy from a physiological point of view appears altered when its gene’s expression is examined.

Although scientists have confirmed that this alteration would affect multiple processes, including the photosynthesis of essential elements like zinc, copper and iron, the team could not outline all the possible changes this might cause.

Professor Slaveykova explained, “Of the 5,493 genes specifically dysregulated by methylmercury, we don’t yet know the function of 3,569 of them, even though this alga is the most widely studied of all the primary producers.”

Whatever those effects might be, they are magnified higher up in the food chain, and can have direct and detrimental effects on the central nervous systems of those who eat fish from the top of the chain. (Related: Don’t eat the fish! Freshwater bass in California and Arizona lakes accumulating dangerous mercury levels.)

Studies like these reinforce the potential dangers of mercury in the form of thimerosal in vaccines.

While the Centers for Disease Control and Prevention (CDC) insists that most vaccines do not contain thimerosal, they do admit that there are two types of flu vaccines – those that do contain thimerosal and those that don’t – and that it is up to you as the recipient to ensure you choose one that does not contain it. How many people out there know that they need to make that choice? (Related: For an accurate source of information see Vaccines.news)

Thimerosal contains ethylmercury, which is cleared from the human body more quickly than methylmercury, and is therefore less likely to cause any harm.

Well, two of the CDC’s very own scientists recently published a study confirming the exact opposite of that statement. The meta-review was conducted by John F. Risher, Ph.D., and Pamela Tucker, M.D., of the CDC’s Division of Toxicology and Human Health Sciences, Agency for Toxic Substances and Disease Registry, and was published earlier this year in the journal Reviews of Environmental Contamination and Toxicology.

One of the significant findings of the review was that methylmercury (the kind found in toxic fish) and ethylmercury (the type used in thimerosal) carry very similar levels of toxicity for humans. Their chemical properties are alike, and they both cause serious disruption and damage to the development and functioning of the central nervous system.

It is patently obvious that mercury in all its forms is toxic to all living organisms from microalgae to humans. If it alters gene expression in microalgae, why would it not affect the DNA of humans? Are you still sure you want to take your child for that flu shot this year?

One in every 2 American children (54%) are chronically ill

One in every 6 American children (15%) has a developmental disorder

One in every 8 American children (13%) require special education services

One in every 68 American children have autism

Infant mortality (SIDS, etc.) in America is much higher than in other high-income countries

FISH LICE COULD BE EARLY INDICATORS OF
METAL POLLUTION IN FRESHWATER 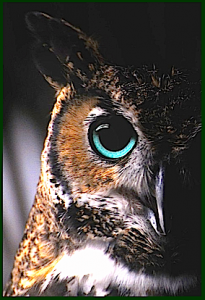