GLEN S. R. WALKER, F.I.M.F., E.M.E.C.S., M.A.E.S.,
was Chairman of the Freedom From
Fluoridation Federation of Australia,
and of the Anti-Fluoridation Association
of Victoria (now Australia).

For thirty years Glen Walker was the inspiration behind
The Australian Fluoridation News.

His experience in technical and scientific organisations throughout the world has been extensive.

In 1968 he was the first Australian to be made a Fellow of the Institute of Metal Finishing, London, an international society entry into which is controlled by technical and scientific examination, and his Fellowship was awarded for his work in that field which has received international recognition.

He is also an Emeritus Member of the Electrochemical Society, U.S.A. having been a member for over forty years.

He has represented Australia many times at international scientific conferences. His business and scientific interests took him overseas almost every year, where he studied developments in several fields of industry.

During World War II, he acted as a consultant to the Australian Army, Navy and Air Force, the American Air Force, Government Ordinance Factories, and sub-contractors to the Ministry of Munitions.

He was a member of a Sub-Committee of the Wartime Ministry of Munitions which controlled the use and supply of strategic metals. He was also a partner in a chemical company that manufactured special chemicals war-time use.

He has written many papers for local and overseas journals.

After the war he was the proprietor of a chemical laboratory which held a highest qualification in Australia – registration by the N.A.T.A. (National Association of Testing Authorities).

The author and the staff of this laboratory pioneered the determination trace impurities in electrolytes, using the Atomic Absorption Spectrophotometer which was invented by the C.S.I.R.O. This is now universally used throughout the world.

Glen Walker also held a number of patents in the field of metal finishing.

The Author’s experience with fluorides, cover over forty years from when the chemical was first used in electrochemical formulations, and remembers the hazards and dangers in using fluoride chemicals, and the extreme caution required in handling them.

Long before his active interest in fluoridation, he was “a voice in the wilderness” being an early advocate for the control of industrial pollution.

In 1969 he gave evidence before an Australian Government Senate Select Committee, and offered his services to establish a policy from which industry would not only be encouraged, but made aware of the necessity, availability and economy of proper effluent treatment plants. He studied proven processes in the U.S.A. and obtained manufacturing rights for Australia.

Further representation to the Federal and State Governments and its departments, resulted in complete indifference.

Is it any wonder he looked upon the Victorian Compulsory Fluoridation Act of 1973 with interest and great concern? Instead of industrial chemical waste disposal units, the Government now makes every person in Victoria a walking waste disposal unit for a trade waste.” 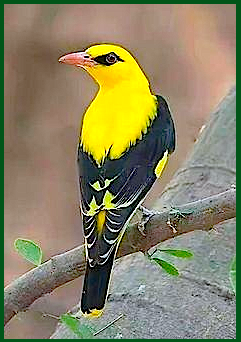 Glen and Mary worked as a team
and it was our pleasure to have known them.
They will both be missed.