Fluoridation, Vaccinations and the Torah

You are here: Home1 / Fluoridation, Vaccinations and the Torah 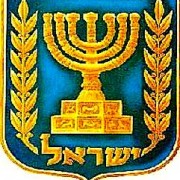 The Torah commands, “Be careful and watch yourselves.”

Lets begin with the issue of water fluoridation.  Water fluoridation was first put into use by the Nazis,
who purposefully put sodium fluoride into drinking water in the ghettos and prison camps.
The Nazi’s of course had little concern about sodium fluoride’s ‘supposed’ effect on children’s teeth; instead, their reason for mass-medicating water with sodium fluoride was an attempt to sterilize and force the people in the concentration camps into bovine submission. (See for reference: “The Crime and Punishment of I.G. Farben” written by Joseph Borkin) You see, repeated doses of small amounts of fluoride will in time reduce an individual’s power to resist domination, by slowly poisoning and narcotizing the body and brain (the pituitary and thyroid glands, primarily), thus making him submissive and sickly.

Did you know that fluoride is classified as a pesticide by the EPA? In fact, here is a LIST of pesticides derived from Fluorides. Did you know that sodium Fluoride is also one of the basic ingredients in both PROZAC (FLUoxetene Hydrochloride) and Sarin Nerve Gas (Isopropyl-Methyl-Phosphoryl FLUORIDE) In fact, Sodium Fluoride is nothing more (or less) than a hazardous waste by-product of the nuclear and aluminum industries. In addition to being the primary ingredient in rat and cockroach poisons, it is also a main ingredient in anesthetic, hypnotic, and psychiatric drugs as well as military nerve gas! Why then is it allowed to be added to the toothpastes and drinking water of the American and Israeli people?

Historically, fluoride was quite expensive for the worlds’ premier chemical companies to dispose of and caused many health problems to both humans and animals. However, Alcoa and the aluminum industry – with a vast overabundance of the toxic waste sold our government on the insane (but highly profitable) idea of buying this poison and then forcing it into our water supply. Consider also that when sodium Fluoride is injected into our drinking water, its level is approximately 1 part-per-million (ppm), but since we only drink ½ of one percent of the total water supply, the hazardous chemical literally ‘goes down the drain’ and voila – the chemical industry has not only a free hazardous waste disposal system – but we have also paid them handsomely in the process!! Given the fact that such a small percentage of drinking water is actually drunk, the claim that water fluoridation improves dental health seems even more spurious.

It does not take a Talmud Chacham to recognize that drinking poison is not a kosher thing to do. It should be obvious to any rabbi with a shred of scientific understanding that fluoride is not a kosher substance to be ingesting. The Torah commands us to protect human life, preserve our health, and to be fertile and multiply. Sodium Fluoride ingestion is contrary to these most basic Mitzvot. I urge readers of this column to seek out non-fluoridated sources of drinking water, such as spring water. Find a local spring if you can’t afford to purchase spring water or a reverse-osmosis filter. Your health will thank you.

Now on to vaccinations. I have neither the space nor the time here to illucidate every problem with our current vaccine mentality. Suffice it to say that the myth that vaccines are beneficial to health is even more widespread than the myth that fluoride is good for oral health. Without going into a more extensive cost / benefit analysis of whether vaccines do more good than harm (perhaps for another post), let me point out a few of the more obvious problems with vaccines and Torah laws.

Vaccines are often composed of non-kosher ingredients, such as diseased monkey kidneys (Polio Vaccine) and cow pus and blood (small pox). Vaccines also involve extensive animal testing, which clearly violates the principle of tzar balei chaim (cruelty to animals). Vaccines also contain dangerous adjuvants such as aluminum and mercury (in the form of thymerisol), which have absolutely no place in the human body, much less being injected directly into the bloodstream. The use of vaccines has also had the exact opposite effect of that which it claims to do. Vaccine advocates claim that diseases (such as polio) have been wiped out thanks to successful vaccination campaigns. In fact, vaccines have actually caused certain diseases, and allowed others to persist or mutate when they would have otherwise died out. General improvements in sanitation and hygene are the true cause of the decline in polio rates, and new diseases such as cancer, MS, autism, and meningitis are becoming ever more widespread as vaccines reak their havoc on the world.

For anyone who cares for their health or who takes the Torah mitzvot of pikuach nefesh and kashrut seriously, it would seem a no-brainer to avoid vaccinations Unfortunately, there has not been condemnation of vaccines on religious grounds by any Jewish authorities or by any Jewish communities at large, as far as I am aware. I find this troubling, although I understand (but strongly disagree with) the rationalle behind this general acceptance of vaccines by the Jewish community. To a large extent, the Jewish community has usually embraced new medical technologies that claim to help people live longer, healthier lives. In a similar fashion to mainstream acceptance of GMO’s and water fluoridation, Jewish leaders have been loathe to oppose medical ‘advances’, perhaps out of a fear to seem ‘anti-progress’ (like Scientologists or the Amish), or perhaps out of scientific ignorance. For medical ‘advances’ are not really advances if they do more harm than good.

The harm caused by water fluoridation and vaccines are indeed very great, and their potential benefits unclear and unproven. And yet, no significant cost / benefit analysis has been done by any rabbinic scientific authority, as far as I am aware. To the degree that rabbis have allowed vaccines despite the presence of non-kosher material present in them, this has been based on the principle of protection of life taking precedence over other mitzvot. This is a slippery slope argument, and one that I do not find particularly convincing. For if non-kosher ingredients are acceptable to be ingested under the pretense of preservation of life, then what about supplements such as Krill oil, glucosamine, and gelatin capsules? If some shoddy science were to come out that pork chops were good for our health, would the rabbis allow Jews to eat them? Of course not!!! Why then would the rabbis allow Jews to be injected with diseased monkey kidneys, preserved in aluminum??? Something is very wrong here indeed.

It is high time the Jewish community examine the water fluoridation and vaccination issues, for our collective health and fertility are truly at stake. From both a Jewish and a health freedom perspective, the issues of water fluoridation and vaccinations represent extreme dangers to our health and to carrying out the mitzvot of the Torah, and ought therefore to be opposed and avoided on these grounds.

We thank you for your input..

Dr. Jonas Salk was disliked by the medical community! 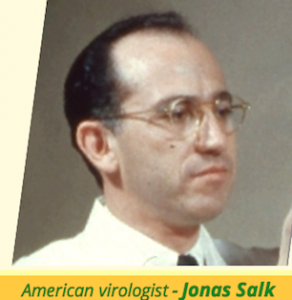 Healthy Triplets All Autistic within Hours of Vaccination

See also (back to) → Fluoridation Finished in Israel – Final 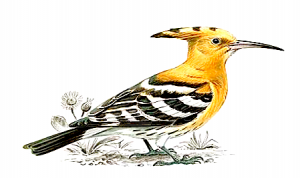