You are here: Home1 / Blood Oil – A new book by Leif Wenar

A New Book By Leif Wenar

We heard you an ABC Radio’s ‘Late Night Live’
with Philip Adams on the 26 October 2016.

~ Tyrants, Violence, And  The Rules That Run The World ~

A new book by Leif  Wenar shows how to get consumers out of business with autocrats, armed groups and extremists — by abolishing an archaic, anti-market rule that once legalized the slave trade.

The West should stop buying oil from authoritarian and failed states.
For 40 years the West’s biggest threats and crises have come from these countries.
We don’t need their oil any more. Things will get even worse if we continue to buy oil from autocrats and armed groups.

For 40 years, most of the West’s major threats and crises have come from oil states.

ISIS. Assad and the Syrian refugee crisis in Europe. Putin’s incursions into Ukraine and intensification of Russian nationalism. Gaddafi. Saddam. Al Qaeda and 9/11. Iran’s support for terrorism.
The Saudis’ proliferation of an extreme strain of Islam worldwide. The Soviets’ nuclear weapons.

Major humanitarian disasters have also been fueled by oil and other natural resources.

The genocide in Darfur. Millions dead and mass rape in the Congo. Blood diamonds in Sierra Leone. Colombia. Angola. About 40% of the resource-rich world (and rising) lives in severe poverty, and their governments are more corrupt.

The Oil Curse: Unlike the rest of the developing world, oil states are no richer, freer, or more peaceful today than they were even in 1980. Countries where oil money arrived before democracy exhibit much more authoritarianism, civil conflict, and extremism, and their violence regularly spills over to the West.

With business as usual, the oil curse will get worse. There will be increasing instability along the ‘arc of oil’ from Russia through the Middle East to Africa, which will be getting hotter, drier and more crowded during a youth bulge. Authoritarians, armed groups and extremists will get better cyber, precision, and bioterror weapons, which will increase the risks emerging from protests, armed conflict and terrorism.

Analysis. Oil is the biggest source of absolute power in the world. Outside of democracies, large oil revenues flow to whoever can keep military control over the wells. Unlike foreign aid, this oil money comes with no strings attached. Unlike foreign loans, it never has to be paid back. And authoritarians and armed groups are not accountable to the people, who cannot check the power derived from the resource.

The West’s main tools for trying to check the absolute power of oil from the outside are often ineffective and expensive, and engender serious negative consequences:

Outcome: The Middle East is the worst it’s been in 50 years, and faces unprecedented bloodshed. – CIA Director John Brennan, March 2016.

Root cause. An archaic anti-market law turns oil into absolute power: ‘Might Makes Right’ for oil. All countries’ laws today make it legal to buy oil from whoever can control the wells by force.

If an armed gang seizes a gas station, bystanders don’t gain the legal right to buy the gas from the gang. Yet when Saddam seized Iraq in a coup, every nation’s laws made it legal to buy Iraq’s oil from him. When ISIS seized those same wells in 2014, it became legal to buy oil from ISIS. All countries’ default legal rule for the resources of other countries is, ‘Whoever controls it by force can sell it to us.’ Violence creates legal property rights: the rule violates a fundamental market principle.

‘Might Makes Right’ forces consumers in the West into business with the world’s most repressive and violent actors, who gain large revenues from what consumers pay at the pump, in the stores, and online.

Imagine what New Jersey would look like if New York declared ‘Might Makes Right’ for goods in New Jersey.

Imagine the New York legislature passes a law that New Yorkers will have the legal right to buy goods seized by force in New Jersey—and New York’s police and courts will enforce the resulting ‘property rights.’ New Jersey would suffer kingpins, armed gangs, turf wars… what we see on a much larger scale in oil-cursed countries today.

‘Might Makes Right’ turns oil into absolute power. The power of oil cannot be checked effectively from the outside. It can only be checked by the people in the country of extraction. Fortunately, the world has already agreed in principle that citizens have the ultimate right to control the resources of their country.

The better, modern rule for resource trade: A country belongs to its people: its natural resources are the people’s birthright. So governments must be accountable to the people for decisions about resources. The people, not power, should ultimately decide whether a country’s resources will be privatized (as in the US), or sold to foreigners, or left in the ground. Popular resource sovereignty.

The idea that the resources ultimately belong to the people is already endorsed by leaders worldwide, and this language is declared in major treaties that have been ratified by nearly every country (US, China, India, Brazil, etc.), covering 98% of the world’s population.

Test for popular resource sovereignty: Bare-minimum civil liberties and political rights—enough for citizens to hold leaders accountable for resource decisions without fearing for their safety or lives. Countries where the government is not minimally accountable to the people include Russia, most of the Gulf states, most African and central Asian exporters. Any resources sold from these countries are stolen from the people. More than 50% of the world’s traded oil is exported with no public accountability, and so is stolen oil.

Policy. Western states should lead the world from ‘Might Makes Right’ to Popular Resource Sovereignty, by changing their own laws—enforced on their own people and on their own soil—about who it is legal to buy resources from. Leadership will require no military action, no new treaties, no new international organizations, no changes in diplomatic relations. Who rules in other countries is ‘none of our business’— but we should legislate that autocrats and armed groups will qualify for ‘none of our business.’

The Kimberley Process—by which importing countries now ban the purchase of blood diamonds from armed groups—marked progress toward Popular Resource Sovereignty. The import ban on blood diamonds should now be expanded to blood oil.

Policy Priority: Taper off imports of oil and other resources from authoritarian and failed states by passing a Clean Trade Act. The West now has enough energy without authoritarian oil and gas. Affirming the rights of all peoples to their resources will encourage peaceful democratic reform.

When the West announces these reforms, the Asian importers must then choose. They can also announce an eventual end to stolen imports—or bear the brunt of tomorrow’s oil curse by becoming more dependent on increasingly unstable regions for their energy (e.g., buying oil from next-generation ISIS).

Maintaining business as usual with ‘Might Makes Right’ for oil will send more absolute power to dangerous actors abroad. Abolishing this archaic, anti-market law once more—by changing our own laws so that they respect all peoples’ rights—will be a major step forward toward a freer and more peaceful world. 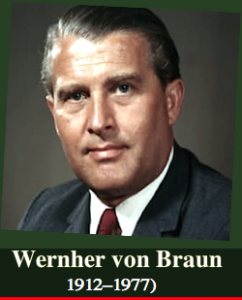 Wernher von Braun
accurately forecasted all the wars after ww2
in the correct sequence before he died... 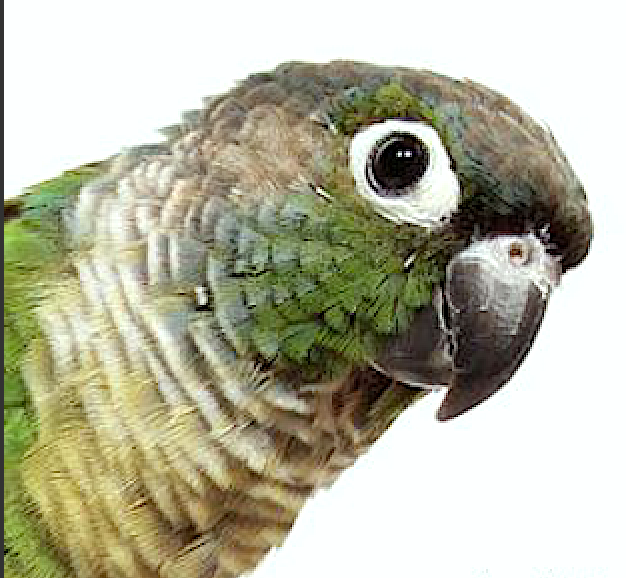