Water Fluoridation in Queensland, Why Not? – History

You are here: Home / Water Fluoridation in Queensland, Why Not? – History

Water Fluoridation in Queensland, Why Not?
Timing, Circumstance, and the Nature of
The Fluoridation of Public Water Supplies Act (1963)

During the last 52 years, almost all Queensland authorities have refused to implement artificial water fluoridation. Once again, the argument that ‘Queensland is different’ suggests a cultural explanation for its fluoride status. This paper argues, however, that the reason lies with the Fluoridation of Public Water Supplies Act 1963 (Qld), which gives real power to the minister for Local Government, local authorities and 10 percent of electors, who can all request a referendum on fluoridation proposals. This law has given opponents of fluoridation tactical advantages, which they have used consistently.

Unlike other Australian states and mainland territories, Queensland authorities have either ignored or virtually refused to adopt artificial water fluoridation. Even though this has continued to earn the state plaudits from antifluoridationists, there has been little analysis of the reasons for Queensland’s low fluoride status.1 One possible explanation derives from the cultural hypothesis that ‘Queensland is different,’ an argument that reached its peak during the Bjelke- Petersen era and re-emerged more recently as a partial explanation for the support received in Queensland for Pauline Hanson’s One Nation (a political party).2 Proponents of this argument suggest that a range of factors, including the state’s decentralisation, comparatively low levels of education, and low levels of migration from non-English speaking backgrounds have contributed to a political culture supportive of populist and authoritarian regimes. The temptation to turn to political culture to explain Queensland’s

Water Fluoridation in Queensland, Why Not? 31

fluoride status arises because many of the state’s early opponents of fluoridation inhabited the populist fringes of Queensland politics. This paper, however, argues that the reasons for Queensland’s low levels of fluoridation are more complex and lie not so much in its political culture but more specifically in the nature of state legislation governing fluoridation. The Fluoridation of Public Water Supplies Act 1963 (Qld) needs to be understood in the context of the socio–political and legal circumstances preceding the time of promulgation. The Queensland fluoridation act gave and continues to give tactical advantages to antifluoridationists, which means that a great deal of political will is required to achieve fluoridation. As a consequence, successive Queensland governments have refused to revisit the legislation and local authorities have taken the path of least resistance, leaving Queensland’s largely unfluoridated status quo intact.3

When compared with otherAustralian states and mainland territories Queensland differs in its lower proportion of the population with access to water fluoridation and with higher levels of dental caries. The Commonwealth Department of Health figures of 1984 remain largely unchanged today and demonstrate the population distribution of artificial water fluoridation,4 while Child Dental Health Surveys show, relative to other states, Queensland’s low proportion of twelve-year-old children who have never experienced dental caries (see Table 1). 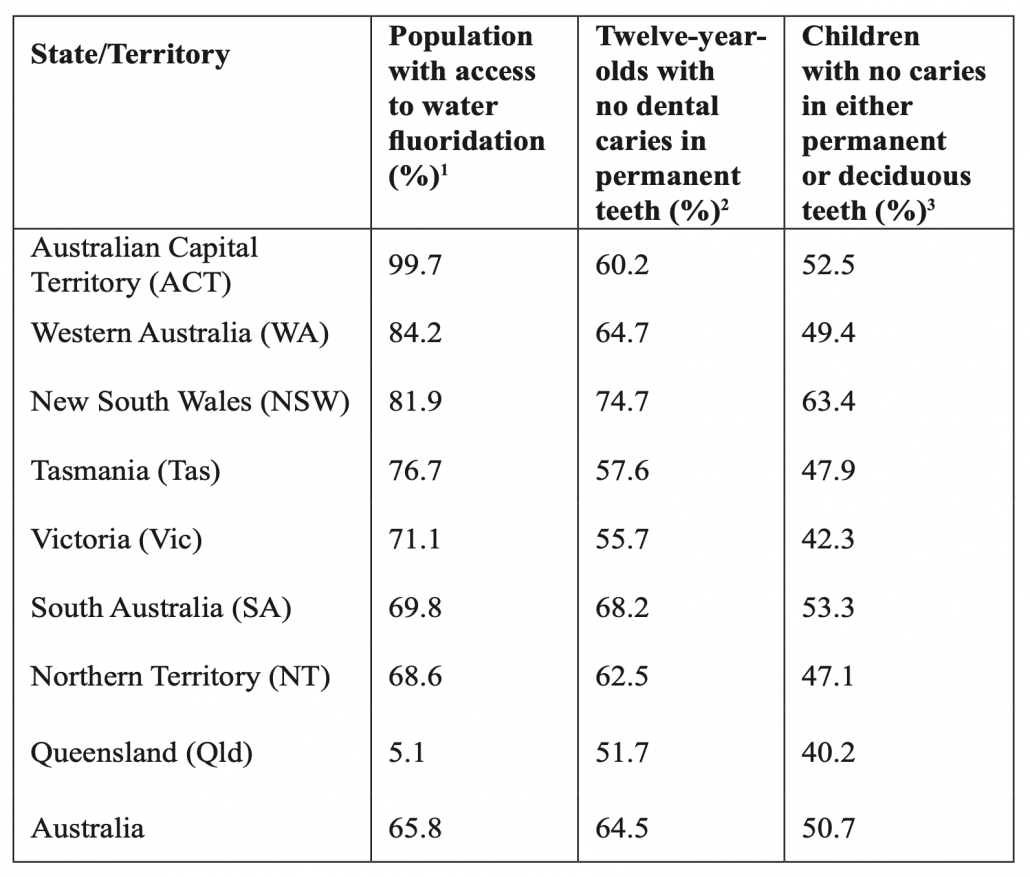 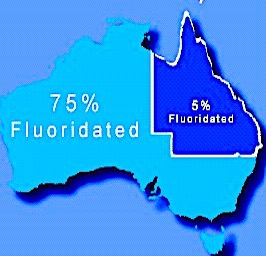 Water Fluoridation in Queensland, Why Not? 53

56. A. Black, “Facts in Refutation of Claims by Opponents of Fluoridation,” Journal of the American Dental Association 50, no. 5 (1955): 655–64; Wilfred Stilwell, Norman Edson, and Percy Stainton, Report of the Commission of Inquiry on the Fluoridation of Public Water Supplies, Wellington, New Zealand, 1957, 151.

1802–30. 69. Director of local government, “Written Communication to the Clerk—Mareeba

70. Keith Spann, “Communication with Department of Health and Home Affairs; Minister for Health and Home Affairs; Chief Secretary’s Department and the Parliamentary Draftsman, Department of Local Government; Minister for Local Government; and All Other Ministers re Minute Decision No. 5577—Submission No. 4901 for Cabinet Fluoridation of Water Supplies, 2 September 1963,” Fluoridation of Public Water Supplies Batch Files, Series SRS 1043�1, no. 633: Fluoridation (part 2), Box 1036, QSA,Brisbane.

86. John Moffatt, “Report of Interview with the Minister for Health, Dr. Noble, held on Wednesday 27 March 1963,” General File, ADAQ Archives, Brisbane, 1–4. There has been some confusion over Queensland subsidy. Barnard (1968) reports a subsidy of between 20 and 50 percent of capital cost. There is no Queensland subsidy to defray annual operating costs, but this is currently under review. On 16 October 2005, Premier Peter Beattie offered a 100 percent rebate for capital cost of introducing flfluoridation in communities

Water Fluoridation in Queensland, Why Not? 55 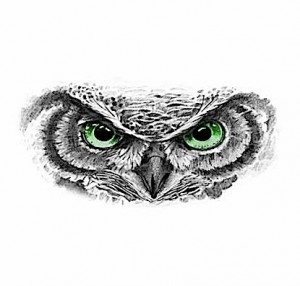