How Well Has The Media And Government Informed

The Public About CO2 Levels In The Air?

Ask yourself, your friends, family and work associates if they know the answers to the following questions about Carbon Dioxide (CO2). Be sure to write your answers before looking at the following pages.

I have asked over 100 people these questions.
Virtually everyone says they don’t know the answers so ask them to tell you what their perception is by what they have learnt from the media, the government and Green groups. Let them know there is no right or wrong answer as you are just doing a survey as to what people have perceived the answers to be from these sources.

The answers to these questions are fundamental to evaluating the global warming scare YET almost no one knows the facts. However, without this knowledge we can’t make an informed decision about whether Climate Change is natural or not.

On the following pages are respondent’s perceptions followed by the correct answers. The bulk of the respondents (over 100 to date) are educated fairly well to very well. They comprise business managers in a diversity of large and small companies, those in medical profession, accounting, law, sales, engineering as well as scientists and trades people.

The Correct Answer: CO2 is less than a mere four 100ths of 1%! As a decimal it is 0.038%. As a fraction it is 1/27th of 1%. (Measurements for CO2 vary from one source to another from 0.036%- 0.039% due to the difficulty in measuring such a small quantity and due to changes in wind direction e.g. whether the air flow is from an industrialized region or a volcanic emission etc) Nitrogen is just over 78%, Oxygen is just under 21% and Argon is almost 1%. CO2 is a minute trace gas at 0.038%. We all learnt the composition of the air in both primary and high school but because most people don’t use science in their day to day living, they have forgotten this. Also, the vast bulk of the population have very little knowledge of science so they find it impossible to make judgements about even basic scientific issues let alone ones as complex as climate. This makes it easy for those with agendas to deceive us by using emotive statements rather than facts. For a detailed breakup of the atmosphere go to: http://en.wikipedia.org/wiki/Atmosphere_of_Earth#Composition

Q2. Have you seen a percentage for CO2 given in the media?

Respondent’s answers: All said ’No’.

Respondent’s answers ranged from as high as 100% with most estimating it to be between 75% to 25% and only four said they thought it was between 10% and 2 %.

The Correct Answer: Nature produces nearly all of it. Humans produce only 3%. As a decimal it is a miniscule 0.001% of the air. All of mankind produces only one molecule of CO2 in around every 90,000 air molecules! Yes, that’s all.

Q4. What % of man-made CO2 does Australia produce?

We have been grossly misled to think there is tens of thousands of times as much CO2 as there is!
Why has such important information been withheld from the public? If the public were aware that man-made CO2 is so incredibly small there would be very little belief in a climate disaster so the media would not be able to make a bonanza from years of high sales by selling doomsday stories. Governments and Green groups would not be able to justify a carbon tax that will greatly raise the cost of everything. Major international banks and the stock market would not make massive profits out of carbon trading and many in the science community would not be getting large research grants.

Respondent’s Answers: All thought it was a pollutant, at least to some degree.
The Correct Answer: CO2 is a harmless, trace gas. It is as necessary for life – just as oxygen and nitrogen are. It is a natural gas that is clear, tasteless and odourless. It is in no way a pollutant.

Calling CO2 a ‘pollutant’ leads many to wrongly think of it as black, grey or white smoke. Because the media deceitfully show white or grey ‘smoke’ coming out of power station cooling towers, most think this is CO2. It is not: it’s just steam (water vapour) condensing in the air. CO2 is invisible: just breathe out and see. Look at it bubbling out of your soft drinks, beer or sparkling wine. No one considers that a pollutant – because it’s not. CO2 in its frozen state is commonly known as dry ice. It is used in camping eskys, in medical treatments and science experiments. No one considers that a pollutant either. CO2 is emitted from all plants. This ‘emission’ is not considered a pollutant even though this alone is 33 times more than man produces! Huge quantities of CO2 are dissolved naturally in the ocean and released from the warm surface. This is not considered a pollutant either.

The two large cooling towers are emitting only steam. A tiny amount of CO2 is trickling out of the thin chimney at centre. It is only barely visible due to a small quantity of smoke particles, most of which is filtered out nowadays. *** The media doesn’t like to show skinny CO2 chimneys emitting nothing visible because this is unimpressive and not the least bit emotive so it doesn’t make for sensationalist journalism. So they typically choose to deceive the public by showing cooling towers.

Q6. Have you seen any evidence that CO2 causes a greenhouse effect?

Respondent’s Answers: Most did not know of any definite proof. Some said they thought the melting of the Arctic and glaciers was possibly proof.

The Correct Answer: There is no proof at all. The Intergovernmental Panel for Climate Change (the IPCC) has never produced any proof. There are, however the following proofs that it can’t cause a greenhouse effect.

The climate has always been naturally cyclic and variable due to numerous natural drivers of which CO2 is not one. Over millions of years the climate has shown far greater changes in the geological record than we have seen over the last 200 hundred years – and there was no industrialization back then. The very minor variations we have witnessed over the last 100 years have all occurred several times even in that short period. Today’s changes in climate are common and completely natural. There are now over 50 books that provide numerous reasons why man-made global warming is false.

The Effect of the Sun on Earth’s climate
It has long been known that the Sun is by far the major driver of all weather on Earth because it is the source of all heat and energy. There is absolutely no real-world evidence that the temperature has continually risen as we were led to believe. The hottest records in the USA and Greenland were in the 1930s due to a strong solar cycle. It became cooler from 1940 to 1970. This was due to a weak solar cycle. It has again become increasingly colder since 2006 due to another weak solar cycle. The Sun’s magnetic storm activity has now moved to an extended minimum so the next 2-4 maximums are expected to be much weaker than the last few have been. By 2011 the solar cycle should have risen half way back to its 11 year maximum but it hasn’t! It’s only just started. The last time the Sun acted this way was during the Dalton Minimum from 1790 to 1830 which produced 40 years of very cold winters with subdued, wetter summers globally – just as we are expiring now. From 1450 -1750 a more intense Maunder Minimum occurred which caused the Little Ice Age. The next 2-4 solar cycles will very likely be low in solar activity causing noticeably cooler global temperatures for a few decades.
For details see: http://wattsupwiththat.com/2010/02/02/solar-cycle-24-update
and http://www.climatechangedenier.com.au/climate-change/another-dalton-minimum/

The effect of the current Solar Minimum is particularly obvious in the northern hemisphere where increasingly colder winter temperatures have caused massive snow falls disrupting transportation across Europe, Asia and the US.

Despite more than a decade of continual doomsday predictions of increasing temperatures and never-ending drought globally, the opposite has happened. There have been lower temperatures globally with greatly increased rain and snows over much of the planet since 2006. This has caused floods across most of Australia and most other counties, as seen on the TV news. This ended the global 10 year drought conditions from the mid 90s to the mid 2000s. There has been no drop in CO2 to cause this: in fact, CO2 has risen. There is no correlation between CO2 levels and climate. The reason CO2 levels have gone up a little is most likely due to the surface of the oceans warming very slightly during the later half of the century and therefore releasing a little CO2. (The oceans are currently cooling very slightly.) Mankind’s contribution to CO2 is so small it’s not measurable.

Polls on Climate Change
Polls in western countries now show that believers in man-made global warming are now in the minority with a sizable percentage of over 20% who “don’t know” if CO2 is causing any change. The obvious change to a cooler, wetter climate combined with the revelations of climate fraud shown by the Climategate emails has led to the change in public perception. Polls asking people what is the most important threat to them out of a list of 20 issues, place global warming at the bottom!

Popular beliefs are not fact

The bulk of the population of the western world believed that the 2000 Bug would destroy much of our technology on New Year’s Eve 2000 yet not one disaster occurred anywhere. We were told CFCs caused the Ozone ‘hole’ yet after billions of dollars were spent removing CFCs over 30 years, the slight depletion of Ozone at the South Pole has not changed. Scientists now think it is natural. Popular beliefs are often based on blind faith, ideology and profit rather than proven scientific evidence. History is littered with popular consensuses that were wrong.

A Carbon Tax
Taxing CO2 achieves nothing for the environment; in fact, it deprives real environmental issues from receiving funds. A carbon tax will have a disastrous impact on lower and middle income earners. Even if drastic measures were imposed equally on all countries around the world to reduce the total human CO2 contribution by as much as 30%, this would reduce total CO2 by an insignificant percentage. It would have no affect whatsoever on the climate but it would totally destroy the economies of every country and dramatically lower everyone’s living standards. Most people and politicians are making decisions emotively, not factually about a complex science they know virtually nothing about.

*** We Need Scrubbers On All Polluting Chimneys! 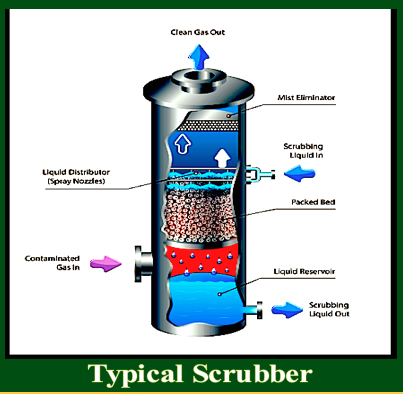 ♦  The atmosphere of the planet Mars is composed mostly of carbon dioxide. 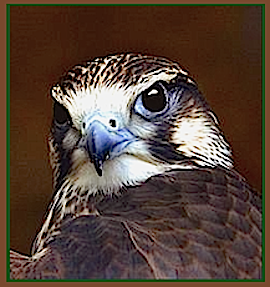