You are here: Home / Geoff Pain – Submission to WA – Kununuarra re F. Water 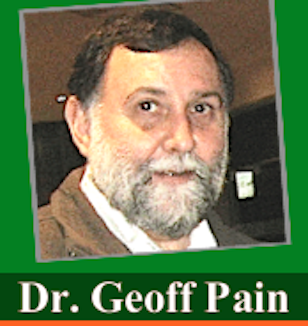 I wish to support this petition as an interested party and former resident of Western Australia with family living there.

I was previously appointed by the Environment Minister of WA to her Panel of Experts and was commissioned to work for the Minister on some projects including investigation of the Brookdale Liquid Waste Treatment Plant and the proposed Kemerton facility to replace it.

My advice to close the former and not proceed with the latter was accepted.

I have actively studied Fluoride Toxicology since I was an undergraduate student, through my PhD and postdoctoral studies in Biochemistry and Chemistry. I have practical experience in handling extremely dangerous Fluoride compounds including Hydrogen Fluoride.

As space is limited, I refer your Committee to a number of reviews that I have published and which might appear as book chapters in the future. They cover the work of thousands of scientists who have helped to build the peer-reviewed literature on Fluoride Toxicology, a field producing approximately 10 new papers per week.

It is unacceptable for public water supplies to be used as a conduit for disposal of Phosphate Fertilizer industrial waste in the form of crude HexaFluoroSilicic Acid (HFSA) also known by many synonyms. It contains dangerous levels of Arsenic, Chromium, Lead, Mercury and numerous often poorly characterized carcinogenic and radioactive elements in addition to the Fluoride toxin.

I would be delighted to provide further support to the Committee in its deliberations.

A Quick Guide to Fluoride Harms

A Complete Waste of Money! Water Fluoridation Costs for England, 2013-2021

Fluoride is the major Cause of Cataract Blindness

Pain in the Gut – Fluoride Damage to the Gastrointestinal Tract

Fluoride is a developmental Nephrotoxin – coming to a Kidney near you

Mechanisms of Fluoride Neurotoxicity A quick guide to the literature

Fluoridation Causes Cancer, so does the Fluoride content of Tea

Fluoride is a bio-accumulative, endocrine disrupting, neurotoxic carcinogen – not a nutrient

♦  We at ‘Fluoridation Queensland’ keep our own copy of
your submission, (off-line) in case the original is ever lost.

Thanks Geoff for your devotion to this topic. 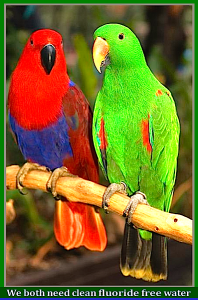