Chlorine dioxide gas does not deplete the
ozone layer as chlorine gas does.

Chlorine dioxide is less corrosive than chlorine and
superior for the control of legionella bacteria.

On a performance basis, chlorine dioxide remains unmatched,
especially when improvements in heat transfer are included. 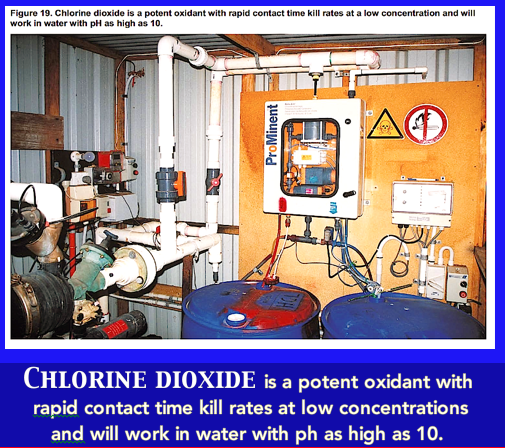 This is an edited version below ↓

Chlorine dioxide is a chemical compound with the formula ClO2. This yellowish-green gas crystallizes as bright orange crystals at −59 °C. As one of several oxides of chlorine, it is a potent and useful oxidizing agent used in water treatment and in bleaching.[4]

The molecule ClO2 has an odd number of valence electrons, and therefore, it is a paramagnetic radical. Its electronic structure has long baffled chemists because none of the possible Lewis structures is very satisfactory. In 1933, L. O. Brockway proposed a structure that involved a three-electron bond.[6] Chemist Linus Pauling further developed this idea and arrived at two resonance structures involving a double bond on one side and a single bond plus three-electron bond on the other.[7] In Pauling’s view the latter combination should represent a bond that is slightly weaker than the double bond. In molecular orbital theory this idea is commonplace if the third electron is placed in an anti-bonding orbital. Later work has confirmed that the HOMO is indeed an incompletely-filled orbital.[8]

Chlorine dioxide is a compound that can decompose extremely violently when separated from diluting substances. As a result, preparation methods that involve producing solutions of it without going through a gas-phase stage are often preferred. Arranging handling in a safe manner is essential.

Over 95% of the chlorine dioxide produced in the world today is made from sodium chlorate and is used for pulp bleaching. It is produced with high efficiency by reducing sodium chlorate in a strong acid solution with a suitable reducing agent such as , hydrogen peroxide, hydrochloric acid or sulfur dioxide.[10] Modern technologies are based on methanol or hydrogen peroxide, as these chemistries allow the best economy and do not co-produce elemental chlorine

The commercially more important production route uses methanol as the reducing agent and sulfuric acid for the acidity. Two advantages of not using the chloride-based processes are that there is no formation of elemental chlorine, and that sodium sulfate, a valuable chemical for the pulp mill, is a side-product. These methanol-based processes provide high efficiency and can be made very safe.[10]

A much smaller, but important, market for chlorine dioxide is for use as a disinfectant. Since 1999 a growing proportion of the chlorine dioxide made globally for water treatment and other small-scale applications has been made using the chlorate, hydrogen peroxide and sulfuric acid method, which can produce a chlorine-free product at high efficiency. Traditionally, chlorine dioxide for disinfection applications has been made by one of three methods using sodium chlorite or the sodium chlorite – hypochlorite method:

All three sodium chlorite chemistries can produce chlorine dioxide with high chlorite conversion yield, but unlike the other processes the chlorite-HCl method produces completely chlorine-free chlorine dioxide, although it suffers from the requirement of 25% more chlorite to produce an equivalent amount of chlorine dioxide. Alternatively, hydrogen peroxide may be efficiently used in small-scale applications.[10]

Chlorine dioxide is used for bleaching of wood pulp and for the disinfection (called chlorination) of municipal drinking water.[12][13]:4-1[14] As a disinfectant it is effective even at low concentrations because of its unique qualities.[5]

Chlorine dioxide is also used for the bleaching of flour.

Chlorine dioxide is less corrosive than chlorine and superior for the control of legionella bacteria.[14][22] Chlorine dioxide is superior to some other secondary water disinfection methods in that chlorine dioxide: 1) is an EPA registered biocide, 2) is not negatively impacted by pH, 3) does not lose efficacy over time (the bacteria will not grow resistant to it) and 4) is not negatively impacted by silica and phosphate, which are commonly used potable water corrosion inhibitors.

It is more effective as a disinfectant than chlorine in most circumstances against waterborne pathogenic agents such as viruses,[23] bacteria and protozoa – including the cysts of Giardia and the oocysts of Cryptosporidium.[13]:4-20–4-21

[Chlorine inactivates most pathogens within minutes although extremely chlorine- tolerant Cryptosporidium can survive for more than seven days.]

[Chlorine also reacts with bodily fluids causing hundreds of by-products to be produced,
→ 21 ← including cyanogen chloride, which is highly toxic and volatile.]

The use of chlorine dioxide in water treatment leads to the formation of the by-product chlorite, which is currently limited to a maximum of 1 ppm in drinking water in the USA.[13]:4–33 This EPA standard limits the use of chlorine dioxide in the USA to relatively high-quality water[why?], or water that is to be treated with iron-based coagulants (iron can reduce chlorite to chloride).[citation needed]

Chlorine dioxide has many applications as an oxidizer or disinfectant.[5] Chlorine dioxide can be used for air disinfection[24] and was the principal agent used in the decontamination of buildings in the United States after the 2001 anthrax attacks.[25] After the disaster of Hurricane Katrina in New Orleans, Louisiana, and the surrounding Gulf Coast, chlorine dioxide has been used to eradicate dangerous mold from houses inundated by the flood water.[26] Because of its unique qualities, chlorine dioxide is an effective disinfectant even at low concentrations.[27]

Sometimes chlorine dioxide is used as a fumigant treatment to “sanitize” fruits such as blueberries, raspberries, and strawberries that develop molds and yeast.[citation needed]

Chlorine dioxide is used for the disinfection of endoscopes, such as under the trade name Tristel.[28] It is also available in a “trio” consisting of a preceding “pre-clean” with surfactant and a succeeding “rinse” with deionised water and low-level antioxidant.[29]

Chlorine dioxide also is used for control of zebra and quagga mussels in water intakes.[13]:4–34

Chlorine dioxide also was shown to be effective in bedbug eradication.[30]

Chlorine dioxide is used as an oxidant for phenol destruction in waste water streams and for odor control in the air scrubbers of animal byproduct (rendering) plants.[13]:4–34 It is also available for use as a deodorant for cars and boats, in chlorine dioxide generating packages that are activated by water and left in the boat or car overnight.

Safety issues in water and supplements[edit]

Chlorine dioxide gas does not deplete the
ozone layer as chlorine gas does. 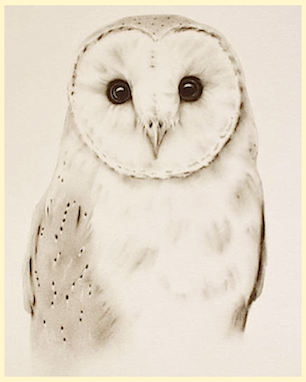