Archive for category: THE DISAPPEARING SPARROW

You are here: Home / THE DISAPPEARING SPARROW

Sparrows spend a lot of time at low elevations – on pavements and in grasses, may be these chemicals are more concentrated near the ground?

Oil companies convinced us that unleaded petrol is safer for
our health and the environment than leaded petrol.
By their failure to disclose ALL the facts, we seem
to have been seriously conned – yet again!

One of the most familiar birds on earth, it is common with an immense natural range that stretches from the west coast of Ireland to the east coast of Siberia, north to the arctic Circle and South to North Africa, the middle East, India and Sri Lanka. It has also been introduced to North and South America, Australia, New Zealand and South Africa, one of the most widespread of all birds. The house Sparrows are believed to have become associated with humans around 10,000 years ago. 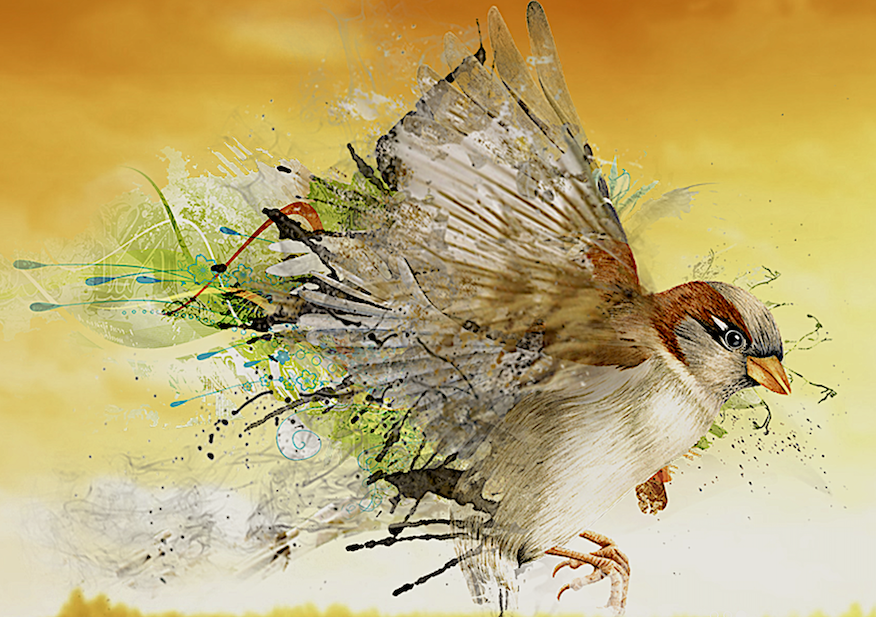 ❝ It would be an irony if the introduction of  lead-free petrol  were
behind the disappearance from cities of the world of the
house sparrow, the world’s most familiar bird… ❞
-  In Most Countries The House Sparrow Is Not Protected  -

”UNLEADED PETROL DID NOT DO THE TRICK”

Some researchers question whether leaded petrol really was the principal
source of  lead poisoning, the reason given for the move to unleaded petrol.

♦  Professor Lowthur of the University of London pointed out that the lead in car emissions settled as a very heavy dust at the edge of roads. It doesn’t get absorbed through the lungs and doesn’t even get dissolved in the diluted hydrochloric acid of the stomach

that may be responsible either in part, or in combination
for this world-wide mystery of : 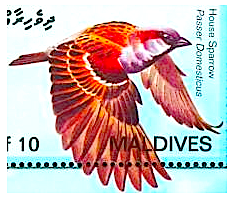 Benzene is a colourless and highly flammable liquid with a sweet smell. It is mainly used as a precursor to heavy chemicals, such as ethylbenzene and cumene, which are produced on a billion kilogram scale. Because it has a high octane number, it is an important component of gasoline, composing a few percent of its mass. Most non-industrial applications have been limited by benzene’s carcinogenicity.  (benzene, toluene, xylene, ect.)

Special Remarks on Chronic Effects on Humans:
passes the placental barrier, detected in maternal milk.
May cause adverse reproductive effects (female fertility,
Embryotoxic and/or foetotoxic in animal) and birth defects.
May affect genetic material (mutagenic).
May cause cancer (tumorigenic, leukemia))

3)  Olefines-organic compounds which have double bonds.
After combustion, one critical by-product is 1,3-butadiene.

A)  Fipronil (fluoride) is a broadspectrum insecticide that disrupts the insect central nervous system by blocking the passage of chloride ions through the GABA receptor and glutamate receptor. Seeds treated with Fipronil produce flowers toxic to a bee’s brain — They get lost going home !

B)  Neonicotinoid Following the publication of several studies that show neonicotinoid pesticides have a negative impact on dwindling honey bee populations.

C) Anvil Insecticide - Resmethrin and sumithrin, synthetic pyrethroid insecticides, are registered with the Environmental Protection Agency for use in mosquito control. While some experts claim they are not toxic to humans, they are considered particularly extremely toxic to fish and will not be sprayed in lakes, ponds or other areas where live fish may be exposed.

In some people, allergic responses to pyrethroids have been reported. There are also indications that pyrethroids as a class may interfere with the immune and endocrine systems. Other adverse chronic effects, including effects on the liver and thyroid, have been reported in toxicology testing.

We humans may now be too efficient at killing insects -
The sparrows may be poisoned, hungry, or homeless:

- …to achieve high octane ratings without adding lead.
However HF is one of the most corrosive chemicals in existence,
capable of eating away at glass and dissolving most metals.
Dr. Jag Cook, from Britain’s National Chemical Emergency Group
which is responsible for mopping up any major toxic spills in the UK said:

❝  Hydrogen fluoride is about the only chemical that frightens me. ❞

↑ Lead is still in aviation gasoline ! See above ↑

Sparrows spend a lot of time at low elevations – on pavements and in grasses, may be these chemicals are more concentrated near the ground?  Swallows, which feed on insects and stay on the wing longer and higher, are showing no sign of decline in our city, but I seldom see a sparrow now, (Brisbane, Queensland). However recently March/April 2014 I observed them at Kota Kinabalu, Shanghai and Hong Kong, - also sightings in Bali – Jan. 2015 and Melbourne Oct. 2015. and more recently Bundaberg Queensland. – Let us hope this is a sign of recovery.

Calling Sparrows Back To Our Courtyards

The issue of house sparrows (Passer domesticus) disappearing from big cities, including Delhi, has been a cause of concern for environmentalist and wildlife lovers for quite a while now.Though there is no official data on the number of sparrows left in India, the population of the small birds has declined the world over. As part of a campaign to save the common house sparrow,
the Delhi government recently declared it the State Bird.
Recognising the decline in the number of sparrows in the City, the Delhi Government accorded this status to common bird along with launching a campaign ‘Rise for the Sparrows’ to connect people from all walks of life to save this humble, unassuming species. The founder of Nature Forever Society, Mohammed Dilawar, who has been working specifically on this campaign for over a year and around seven years for increasing their numbers in general, says declaring house sparrow as the state bird will send out a significant message among both – the special and the common man. It was high time we did it. Generally, some rare bird is given this status but by declaring a common bird a State Bird will attract everybody’s attention towards the issue,” he says.

House Sparrows (Passer domesticus) were introduced to North America after 1850.

They increased and spread up to 1920, and stabilized or decreased thereafter until 1960.
In the Maritimes (and perhaps some other areas), a further decline set in after 1970,
continuing to the present. Now the species is rare to absent in much of the Maritimes,
except around farms with livestock. Decline here since 1970 probably approaches 90 per cent
in most other areas of human settlement except south of 45°N

Cities of the world have thousands of  vehicles using unleaded fuels: motor cycles, tut tuts, mowers chain saws, and old cars that DO NOT HAVE CATALYTIC CONVERTERS - or modern cars that the converters have failed.

Who ever takes on this research needs to be big enough to take on the oil companies. – May be as big as China? Universities can no longer be trusted, they are too dependant on private and corporate funding, as is evidenced by their history on fluoride pollution to date.

Although we will not run out of oil (it is NOT a fossil fuel), may be electric cars will soon take over.

The most common chemicals used for cloud seeding

Why in the world are they spraying?

Other animals sensitive to fluorides

Pets birds allergic to cigarette smoke  and (dogs and cats) 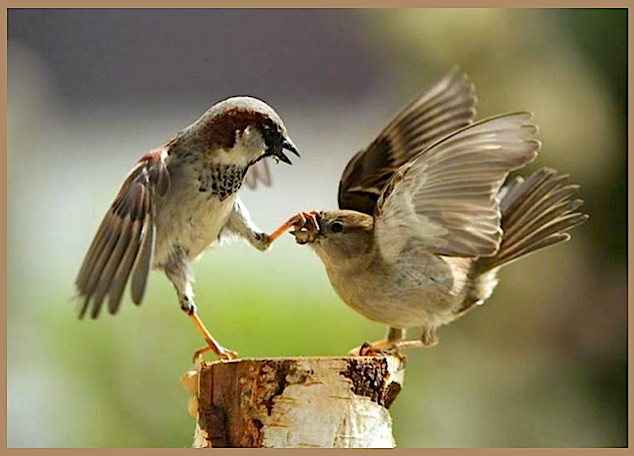 “We should no longer accept the counsel of those who tell us that
we must fill our world with poisonous chemicals; we
should look about and see what other course is open
to us. -”Rachel Carson, Silent Spring, 1962. 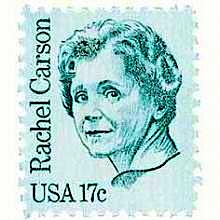 Carson was posthumously awarded the
Presidential Medal of Freedom
by Jimmy Carter. 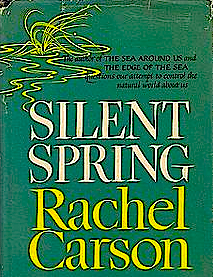 ‘Silent Spring’ is an environmental science book written by Rachel Carson
and published in 1962. The book documented the detrimental effects
on the environment—particularly on birds— of the indiscriminate
use of pesticides. Carson accused the chemical industry of
spreading disinformation and public officials of
accepting industry claims unquestioningly.

The book sparked major controversy,
selling 65,000 copies in less than two weeks.
Every newspaper in the nation reviewed it.
The commotion reached the nation’s capital,
with President John F. Kennedy agreeing to
look into the side effects of DDT.

The MIDWAY media project is a powerful visual journey
into the heart of an astonishingly symbolic
environmental tragedy.
On one of the remotest islands on our planet, tens of
thousands of baby albatrosses lie dead on the
ground, their bodies filled with PLASTIC
from the ‘Pacific Garbage Patch’.